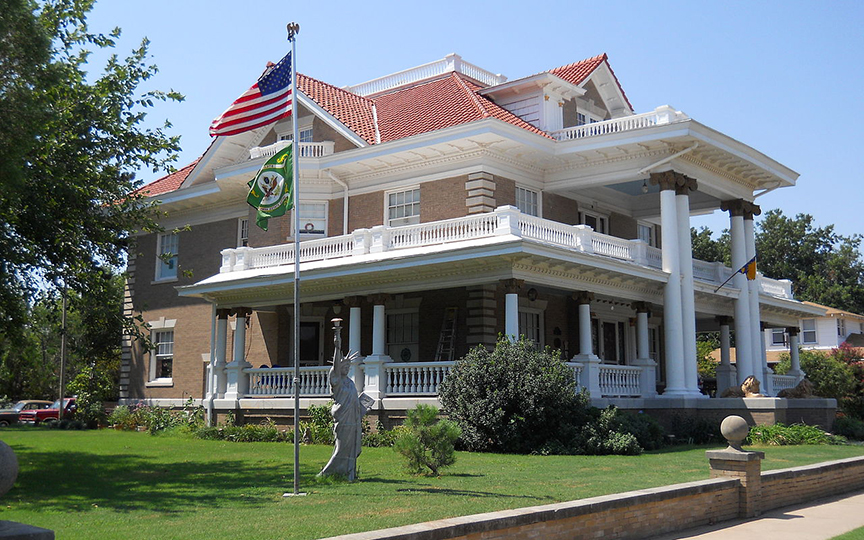 The name Oklahoma [†] comes from two Choctaw Indian words, okla, which means "people", and "humma", which means "red." In 1889, Congress opened up 2 million acres for white settlement (it was previously open only to Native Americans who were forced to leave their homelands), and the first of a number of land runs began. Some of the state's settlers were called "Sooners" because they had already staked their land claims before the land was officially opened for settlement. In 1907, Oklahoma became the 46th state in the Union. Oklahoma is a major fuel and food-producing state. Thousands of oil and natural gas wells dot the Oklahoma landscape. Millions of white-faced beef cattle graze on Oklahoma's flat plain and low hills. Fertile fields produce vast crops of wheat.

Will Rogers, the famous Oklahoma cowboy humorist, once said, "There ought to be a law against anybody going to Europe until they have seen the things we have in this country". He may have been thinking of some of the scenic spots in his home state. The range of Oklahoma's attractions include beautiful natural settings, Indian villages and striking modern buildings.