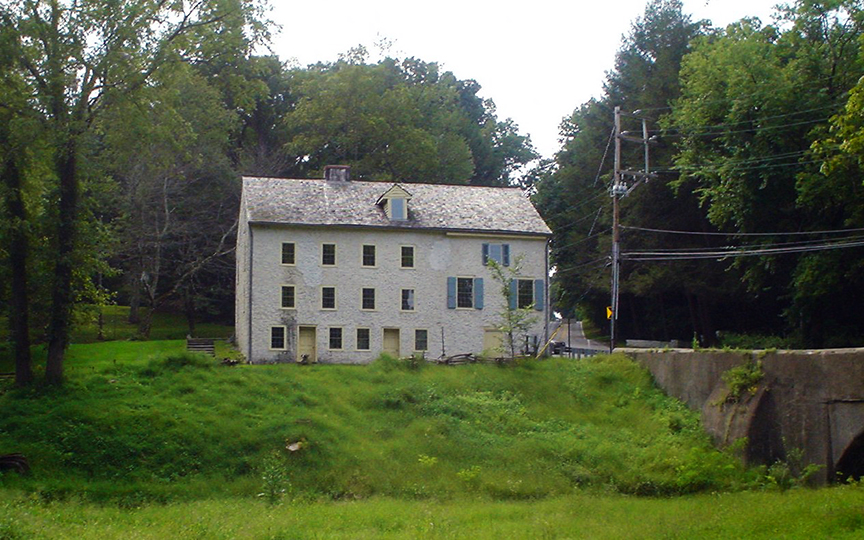 Created on September 6, 1789, from part of Chester County, and named for the Delaware River, which in turn had been named for Lord de la Warr, governor of Virginia. Media, its county seat since 1850, was incorporated as a borough on March 11, 1850, and named for its central location in the county. Chester, its original county seat, was the county seat of Chester County before 1788, and the temporary capital of Pennsylvania, 1681-1682, before Philadelphia was laid out. The county adopted a home rule charter in May 1975.

Delaware includes the first permanent European settlement, the Swedes on Tinicum Island in 1643. The center of the Battle of Brandywine in 1777 was in Delaware. Phenomenal population growth occurred steadily after 1800, until a fall off began in 1980. Its many fast streams made it a milling center for lumber, grains, paper, tobacco, and textiles, and it was located on main roads south and west from Philadelphia. Shipbuilding flourished, beginning in the colonial period, and oil refineries arose in the early twentieth century. Industrial jobs brought in a large immigrant population and from 1885 to 1915 middle class families from Philadelphia relocated here. Once a strong dairy and mushroom farm area, agriculture is now almost gone. Farms occupy only 7 percent of the land. There were Underground Railroad stations in Chester Borough, Upper Darby, and Newtown Square, and Martin Luther King Jr. was educated at Crozier Baptist Seminary. Colleges and universities include Swarthmore, Haverford, Villanova, Cheyney State, and Widener.