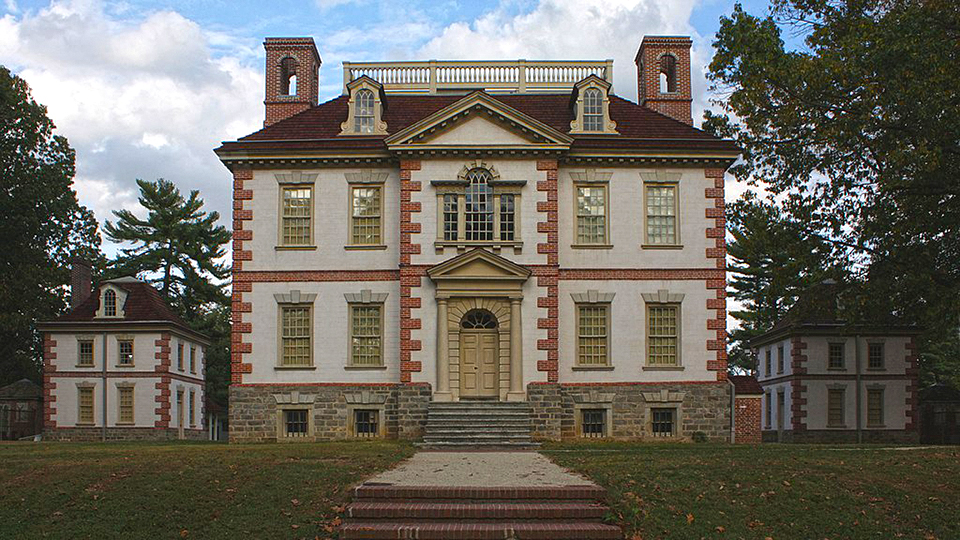 Pennsylvania is officially a "Commonwealth," an Old English word meaning the "common weal" or well-being of the public. All Pennsylvania legal processes are carried out in the name of the Commonwealth, although the word does not appear on the State Seal. (Pennsylvania is one of four U.S. commonwealth States. The others are: Kentucky, Massachusetts and Virginia.)

The first parks in North America provided for the pleasure of the people were dedicated by William Penn at the settlement of Philadelphia in 1682. They were the North Eastern, South Eastern, North Western, South Western, and Centre Squares, now known respectively as Franklin, Washington, Logan, Rittenhouse, and Penn Squares. In a letter dated 1683, William Penn alludes to the glass-house of the Free Society of Traders. Soon after this a glass-house was erected at Frankford by English Friends.

The first almanac printed in America was "Kalendarium Pennsilvaniense, or, America's Messinger. Being an Almanack for the Year of Grace, 1686." It was edited by Samuel Atkins, and published by William Bradford, 1685.

The first paper mill in America was built by William Rittenhouse, on the banks of the Wissahickon Creek, in the year 1690.

"A new Primmer or Methodical Direction to attain the True Spelling, Reading and Writing of English." This was the first American school textbook; though it was published in New York in 1698, its author was Francis Daniel Pastorius, founder of Germantown.

The first presbytery of the Presbyterian Church in the United States was formed in Philadelphia in 1705. It was composed of seven ministers, and included Philadelphia, Maryland, Delaware, and the Eastern shore of Virginia.

The first botanical garden in America was started in 1705 by Dr. Christopher Witt, at the southeast corner of Germantown Avenue and High Street. John Bartram began his famous gardens in 1728 at Gray's Ferry on the Schuylkill River.

The first Mennonite Church in America was erected in Germantown, at Germantown Avenue and Herman Street, the first service being held therein, May 23,1708.

The first institution in America for the care of the poor was the Friends' Almshouse, established in Philadelphia in 1713.

First municipal care of the poor in the United States was begun by the City of Philadelphia in a rented building September 1, 1713; the first building was erected in 1731.

The first Dunkard (Tunker) Church in America was formed in Germantown, December 25, 1723, at Germantown Avenue and Upsal Street. The first love-feast celebrated in this country was observed by them the same evening.

The first association for the benefit of workers (or labor organization) in America was the "Carpenters' Company," established in Philadelphia, in 1724.

The first mariner's quadrant, invented by Thomas Godfrey, a glazier, of Nineteenth Street and Church Lane, Germantown, was made in 1730. First used in Delaware Bay by Joshua Fisher.

In 1727 a literary society was formed here by Franklin and eleven associates. This was the famous "Junto," and from it originated the Library Company of Philadelphia, the first library of a public nature in America. The instrument of association was dated July 1, 1731, and the charter granted by the proprietary May 3, 1742.

The first club in America organized as a dining and fishing club was the " Colony in Schuylkill," 1732. The name was afterwards changed to the "State in Schuylkill."

The first German newspaper in America was Die Philadelphische Zeitung, published by Benjamin Franklin, May 6, 1732. There were but two numbers issued. The first type made in America was made by Christopher Saur, the Germantown printer, in 1735.

The first volunteer fire company in America, "The Union Fire Company," was founded by Franklin and four associates, December 7, 1736. It lasted for eighty-four years.

February 13, 1741, The American Magazine, or a Monthly View of the PoliticalState of the British Colonies, was published by Andrew Bradford. This was the first magazine published in America. Three days later, February 16, 1741, Franklin issued The General Magazine and Historical Chronicle for all the British Plantationsin America.