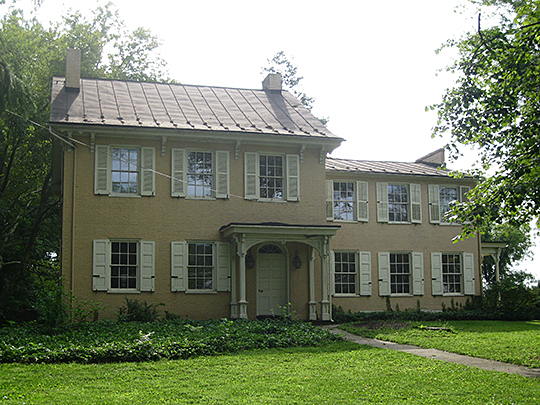 Northumberland County was erected by Act of March 21, 1772, out of N Lancaster, Cumberland, Bedford, Berks and Northampton counties, and named for the old English county of Northumberland. With eminent propriety this tenth county of Pennsylvania has been styled "Old Mother Northumberland," for each of her thirty children refer back to her for their earliest political history. A. Howry Espenshade, in his "Pennsylvania Place Names," says: "No evidence can be found that Northumberland County was named for the Duke of Northumberland; such an origin of the name seems improbable. Although Sir Hugh Smithson, who was created first Duke of Northumberland in 1766, who was allowed to assume the name of Percy, and died in 1786, was a man of considerable social and political consequence, yet there is no apparent reason why the Penns should wish to honor him.

The two branches of the Susquehanna River meet at Northumberland and form the main body of that great and historic stream. A number of smaller tributary streams complete the watershed and its rich soil is more than two-thirds under cultivation. The Shamokin region is underlaid with coal, which, with agriculture and manufacturing form the chief industries. The county is unsurpassed in scenery, history and diversity of interests. The old Indian town Shamokin was the regal seat of Shikellamy or Swatane, the Oneida chieftain, vicegerent of the Six Nations, and possibly the greatest Indian who ever lived in Pennsylvania; also the birthplace of his celebrated son, Chief Logan, famed for his friendship to the English, and the reply sent to Governor Lord Dunmore, of Virginia, known as "Logan's Lament," which has been preserved and greatly admired for its pathetic eloquence. This "Shamokin" of the Indians was a Delaware term, probably derived from the circumstance that the place to which it was applied was the abode of their heredity chief or sachem. It is apparently another form of the Algonquin word "Shackamaxon," the name applied to the residence of the sachem on the Delaware when William Penn first visited America. That Shikellamy made his residence at Shamokin clearly reveals that the Indians regarded the name Shamokin as, including a large area, not a small town site. Shamokin at that time extended from the present Milton to Sunbury and probably as far eastward as Catawissa. It was not until Shikellamy removed his regal seat from present Milton to Sunbury, about 1741, that the latter place was more popularly known as Shamokin.