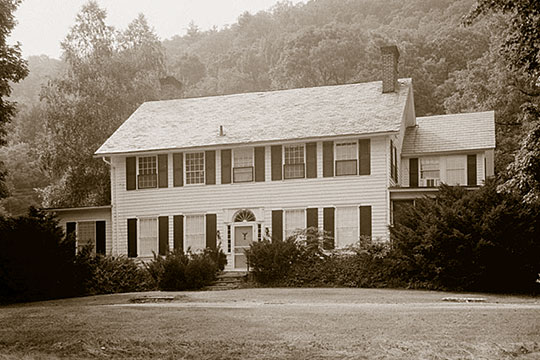 Pike County was formed March 26, 1814 and named for General Zebulon Pike who was killed in Canada in 1813.

As the act creating the county provided that Milford could only be the county-seat on condition of the payment of at least fifteen hundred dollars by her people towards the erection of public buildings, they went immediately to work and raised that sum.

The work of erecting a courthouse was begun in 1814 and the stone building still standing and used as a jail was completed in 1815. It was substantially constructed of native boulders hewn square on the outer side. The contractors were Dan Dimmick, Jacob Quick and Samuel Anderson. At first there was no bell upon the courthouse, and when the judges and lawyers and persons interested were to be summoned, the sheriff mounted the cupola and blew most piercing blasts upon a huge tin horn. This was superceded by a huge triangle, upon which the sheriff or a tipstaff dealt resounding blows that were not unmusical, and this, in turn, gave way in 1844 or 1845 to the bell which for many years announce at proper seasons that justice was about to be judicially administered.