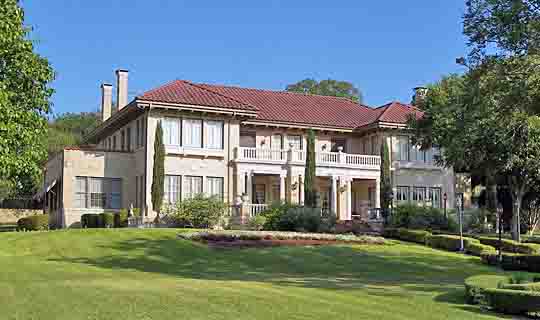 In 1848, San Marcos was designated the seat of Hays County, and the town was planned with a courthouse square and corresponding street grid. The future of the town was secured with the arrival of the International-Great Northern Railroad in 1881 and of Southwest Texas State Normal School in 1899 — now Texas State University.

San Marcos is a city of nearly 52,000 residents located in south-central Texas halfway between Austin and San Antonio. San Marcos was initially settled because of its location on the natural springs at the head of the San Marcos River. Geographically, San Marcos is positioned between the high plains hill country on the west and the coastal plains on the east; it is self-titled the "gateway to the hill country."

In the half-century since the construction of Interstate Highway 35, San Marcos has experienced significant growth. The county's population has increased fivefold in that time period, and San Marcos has reaped both benefits and pitfalls as the result. Some feel that development along the I-35 corridor has been positive for San Marcos in that it generates a larger tax base for city use and draws visitors from across the region. Others feel that the corridor growth is threatening the identity of San Marcos; they feel that the city has become indistinguishable from other development along I-35.