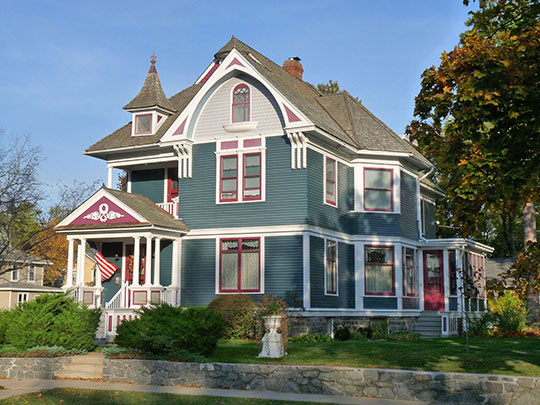 The City of Stevens Point is located along the Wisconsin River in central Portage County, north and directly adjacent to the Village of Whiting and the Village of Plover, 33 miles south of Wausau via Interstate Highway 39. Portions of United States Business Highway (USH) 51 and USH 10, State Highway 66, and County Road HH are also located within the City boundaries.

The bill to incorporate Stevens Point as a city, #530A, was submitted to the legislature on March 20, 1858. It was referred to the Committee on Incorporation and reported favorably by that Committee on March 26. The Assembly passed the bill on April 17 and it went to the Senate and was passed there on May 5. However, a large number of amendments were attached to the bill by the Senate. On May 6 the Assembly concurred in all amendments but one and passed the bill back to the Senate. On reconsideration on May 10 the Senate dropped its remaining amendment and passed the bill. It was then sent to the Governor who signed bill 530A on May 17, 1858. The bill ultimately became Chapter 267 of the Private and Local Laws of 1858. A search for the signed original bill discloses that at some time in the past it was mysteriously removed from the Secretary of State's office.

On August 1, 1868, Portage County voted to move the county seat from Plover to Stevens Point. This was not without prelude. Twelve years before, in 1856, the County Board of Supervisors had voted $10,000 for construction of a new Courthouse in Plover. It was Albert Ellis, editor of the Wisconsin Pinery who raised the issues that spurred Stevens Point to challenge this move.