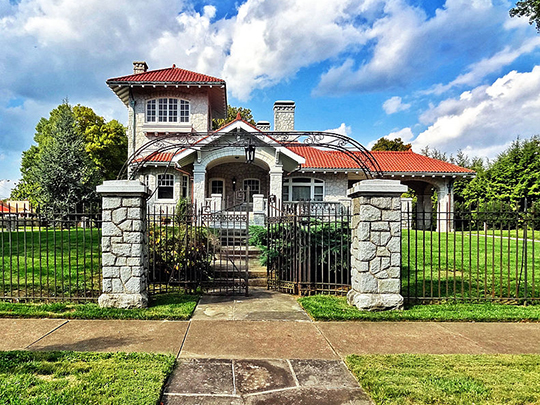 The choice of Huntington as the county seat of Cabell County was reflective of its newly assumed role as the dominant urban and transportation center of the region. The city had been laid out in the course of two years (1871-1873) to serve as the terminus for Collis P. Huntington's C&O Railroad. The City of Huntington sprang into existence in a very short period of time, and the first buildings to be constructed were railroad related structures. Due to the presence of the railroad, Huntington experienced a period of rapid growth, soon outdistancing other communities in the area.

In 1880, Huntington's population was less than 2,000, by 1890 the population stood at over 10,000. In the decade of the 1880's, Huntington had acquired a water company, paved sidewalks, telephone system, electric lights, and electric street car line, and natural gas service. It seemed only natural, then, that such a thriving and growing city should be the seat of the county's government.