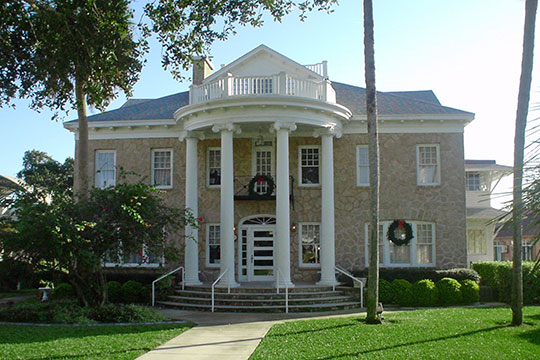 Brevard County, originally named St. Lucie County when it was established March 14, 1844, was renamed in 1855 for Judge Theodore Washington Brevard, a North Carolinian who served as Comptroller of Florida from 1853-1861. In 1879, the county annexed the southern portion of Volusia County which included Titusville making it one of the longest counties in Florida, stretching some 75 miles along the Atlantic Coast and the Indian River.

The establishment of Titusville as the seat of government for Brevard County exemplifies the maturing character of the community. In 1879, Captain J. Francis LeBaron laid out Joynerville, the first area platted within the present corporate limits of Titusville. LeBaron was a civil engineer and at one time served as chief of the Army Corps of Engineers. He is credited with discovering the first phosphate deposits in Florida while surveying the Peace River in 1881 for a possible cross-Florida canal route. He surveyed and laid out many towns and subdivisions throughout Florida. The new "subdivision" was originally owned by Mary M. Carlin and was probably named for J. W. Joyner, Henry Titus's business partner. Joynerville contained a number of buildings including the offices of J. Francis LeBaron, J. W. Joyner's saloon, Wager's grocery, C. R. Carlin's boatworks, and several residences, among them that of Mary Carlin.