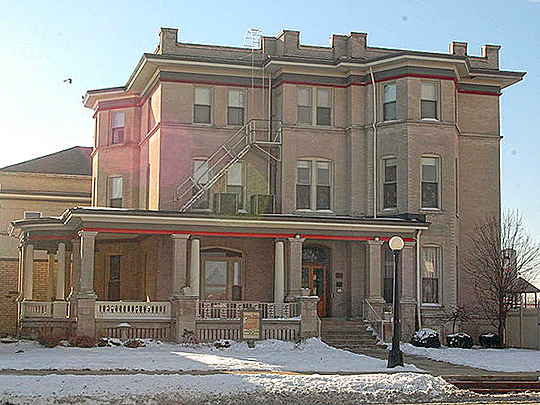 It is believed that the area that would become Clinton County was first settled by Elijah Buell and his family about 1835. The county was established in 1840. In the early days, when W. J. Young operated the world's then-largest sawmill, Clinton had a reputation for having more millionaires per capita than any other city in the U.S. The county's two largest cities were named for New York Governor DeWitt Clinton and his impressive Erie Canal. [About Clinton County, www.clintoncounty-ia.gov, accessed April, 2013]