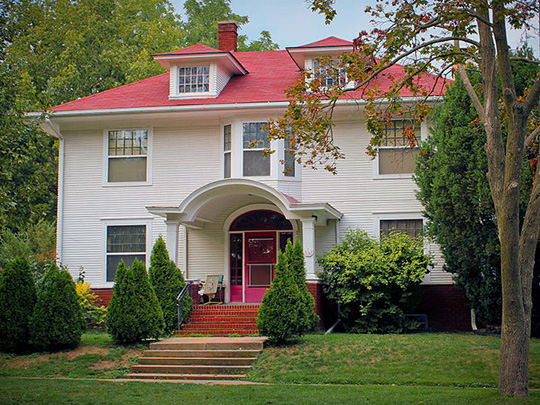 The Iowa City Area was first populated by the Sac and Fox Indian tribes. The first settlers of European descent arrived in the Iowa City area in the late 1820s and eventually established the town of Napoleon around 1838. Iowa City was platted and chosen as the capitol of the Iowa Territory in 1839. In that year, construction began on a capitol building (Old Capitol), which is now located at the center of The University of Iowa campus and is a focal point for the city. The University was founded in 1847 but did not begin classes until 1855 due to a lack of funds. In 1857 the state capitol was moved from Iowa City to Des Moines. Old Capitol now serves as a museum on The University of Iowa campus.