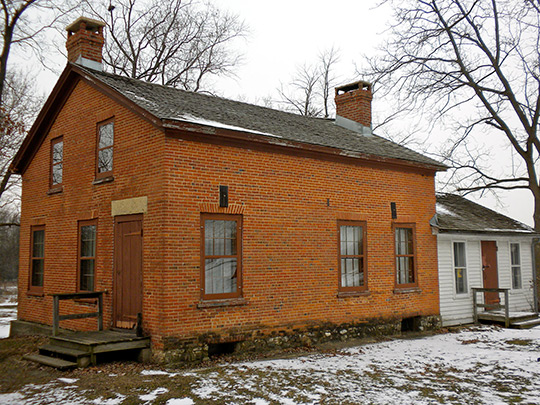 The growth of Kane County from virgin prairie to an agricultural-industrial area is a study in the evolution of modern government. Now the fifth most populous County in the state, Kane County is included in that part of Illinois traveled by French explorers Father Jacques Marquette and Louis Joliet in 1673.

The Marquette-Joliet expedition traveled down the Mississippi River from Canada and explored this region on their return north along the Illinois River. The land was later claimed for France by the explorer La Salle and his lieutenant, Tonti, and in 1717 was placed under the government of Louisiana.

The territory remained a French possession until after the French-Indian war when it was ceded to the British by the Treaty of Paris in 1763. British domination of the area ended in 1778 when George Rogers Clark captured Kaskaskia and Cahokia (cities on the southwestern border of Illinois) and the land was claimed by the Commonwealth of Virginia. After the signing of the Articles of Confederation, Virginia surrendered all claim to the territory to the federal government.

There were many plans advanced for dealing with the new territories. Thomas Jefferson wanted Illinois divided into three states with Kane County in the state of Assenisipia. It was decided, however, to give Illinois large boundaries at the advice of James Monroe who had made several trips to the area and deemed the entire midwest "worthless and uninhabitable."

At the time of statehood, written records indicate that only Native Americans resided in the area now known as Kane County. However, settlers soon began to take over this land, and resident tribes were forced to the west of Iowa. In 1832 a Sauk leader and warrior named Black Hawk (Makataimeshekiakiak) gathered together members of the Sauk and Fox tribes in an effort to regain their homelands. To aid against this uprising, United States Army troops under the command of General Winfield Scott were sent from the east to Chicago, where they were delayed by a cholera epidemic. While there were no battles in Kane County, Scott's men marched through the area on what is now Army Trail Road and forded the Fox River north of the present city of St. Charles near the Blackhawk Forest Preserve. Black Hawk's band was defeated at the Bad Axe River in Wisconsin. Within two years the trail from Chicago made by the army wagons was followed by permanent settlers and the way was paved for new development in the Kane County area.

On January 16, 1836, the Illinois legislature formed a new County and named it after Elias Kent Kane, the highly-respected attorney who helped draft the Illinois constitution and was the first Secretary of State. Kane was later elected to Congress and represented Illinois in the U.S. Senate until his death in 1835.

The new "Kane County" included what is now DeKalb County and part of the northern portions of Kendall. DeKalb subsequently separated from Kane County in 1837 and Kendall in 1841.