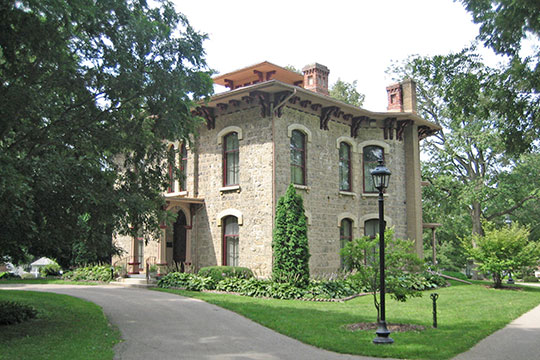 The City of Freeport is located in, and is the County seat of, Stephenson County. Geographically, the City is over 11 square miles. The City is characterized by its historic downtown, large stock of Victorian homes, and extensive park system of over 800 acres nestled in the rural setting of northwestern Illinois. Freeport is located approximately 25 miles west of Rockford on U.S. Highway 20, which forms the northern edge of the community. U.S. Highway 20 connects to Interstates 90 and 39, placing Freeport residents and businesses within an approximate two hour drive from the major cities of Chicago, Madison, and Milwaukee. From Freeport, U.S. Route 20 continues west to historic Galena, Illinois, and the metropolitan area of Dubuque, Iowa. On August 27, 1858, the second debate between Abraham Lincoln and Stephen A. Douglas occurred in the City. A monument has been erected for the debate, and two other sites have sculptures honoring President Lincoln.

Freeport is also known as the Pretzel City and the high school sports teams are known as the Pretzels. According to local history, this name was adopted due to the City's long association with pretzels that began with the opening of the Billerbeck Bakery in 1869.