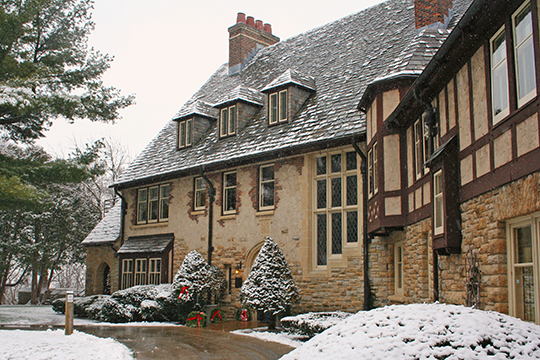 George Head grew near Rochester, NY, left for Wisconsin when he was 18, became a baker in Waukesha, married (Henrietta) and, in 1854, staked a claim at a site on the Zumbro River which would become the City of Rochester. The story goes that Head named his settlement Rochester because some rapids on the Zumbro River reminded him of the Genesee River which flowed through the Rochester of his youth in New York.

In 1854 Head platted the first street. He engaged in a competition to become the "father" of a new town with James McCready who had arrived in the area shortly before Head, settling in what became Cascade Township.

Head attracted more new settlers than McCready, and for nearly 2 decades, assisted by his brother, developed businesses in the new town of Rochester. These included a dry goods emporium, a grocery store and a bakery. The Heads sold books, stationery and musical instruments.

Head's fortunes peaked and then declined and by 1870 he was forced to declare bankruptcy. George and Henrietta, a childless couple, left Rochester in 1871.