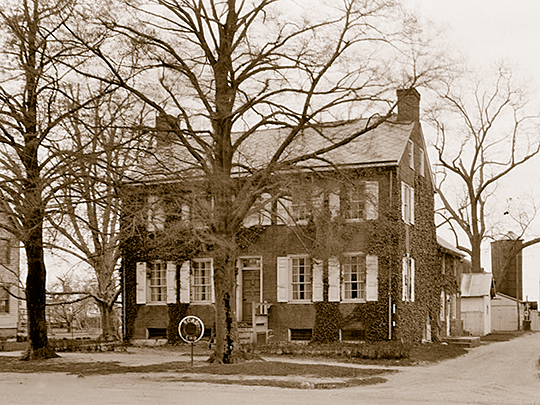 Cumberland County was set off from the county of Salem, and erected into a new county, by an act of assembly passed January 19, 1747-1748. The Duke of Cumberland, who had not long before gained the victory of Culloden, and thereby established the house of Hanover permanently on the throne of Great Britain, was the great hero of the day, and the new county was named after him.

The first settlers of this part of West Jersey were probably Dutch and Swedes. Gabriel Thomas, a Friend, who lived for a few years in Pennsylvania, on his return to England in 1698, published an account of that province and of West New Jersey. Describing the rivers, he names Prince Maurice River," where the Swedes used to kill the geese in great numbers for their feathers only, leaving their carcasses behind them." Quite a number of Swedes settled in the neighborhood of this river, and engaged in hunting and cutting lumber, without, however, obtaining a title to the soil, until some of them purchased of the English. About the year 1743, a Swedish church was built on the east side of Maurice River, nearly opposite Buckshootem, where missionaries were accustomed to preach until after the Revolution. The graveyard with a few stones still remains. Many of the Swedish names have been continued in the neighborhood.

A few of the New Haven people, who as early as 1641 made a settlement on the creek called by the Dutch Varcken's Kill (now Salem Creek), may have wandered into the limits of Cumberland, and thus become the pioneers of the considerable number, who about fifty years later came from Connecticut, Rhode Island, and Long Island.

The Indians do not appear to have been numerous, consisting mostly of wandering tribes, having no permanent settlements, and no principal sachem or chief. There was a considerable tribe which generally resided in Stow Creek and Greenwich, where many of their stone hatchets and other relics have been found. At the place still called Indian Fields, about a mile northeast of Bridgeton, they had a settlement before 1697, the place being referred to by that name in a survey of that date. Another contemporaneous survey referred to a settlement on the Cohansey, in Upper Hopewell, about a quarter of a mile below the mill known as Seeley's Mill. There was also a settlement on the west side of the same river, just above Bridgeton, on the property now belonging to the iron and nail works; and the tradition is that an Indian chief was buried, or, as some accounts say, placed in a box or coffin, on the limbs of a tree, on the point of land opposite North Street, since from that tradition called " Coffin Point." Other places of settlement or occasional places of resort are known to have existed near Fairton, and on Maurice River.