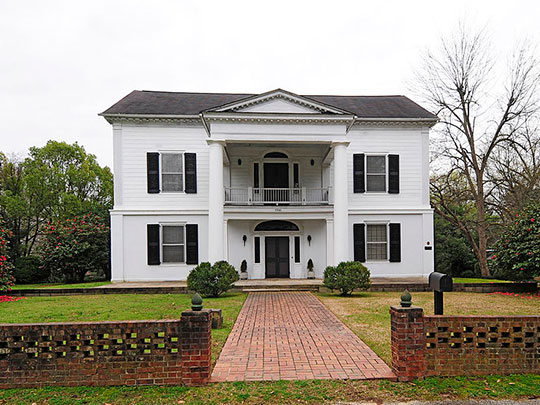 Both the commercial and political life of the village was controlled by a small contingent of professionals and merchants. The introduction of the cotton gin in the late eighteenth century transformed the County into a leading pre-war cotton market. By the 1820s, large scale cotton farming replaced the smaller subsistence farms that had characterized the region. With its new economic position, Newberry quickly attracted a number of doctors, lawyers, and other professionals.

In 1832, Newberry citizens petitioned the General Assembly for incorporation as a town. Two decades later, Newberry secured the first upstate railroad line in 1851, followed by the Laurens railroad in 1854. The Town experienced a great deal of growth during the latter half of the nineteenth century because of its key position as the State's leading inland cotton market, the extension of the railroad, and the relocation of Newberry College in 1855.