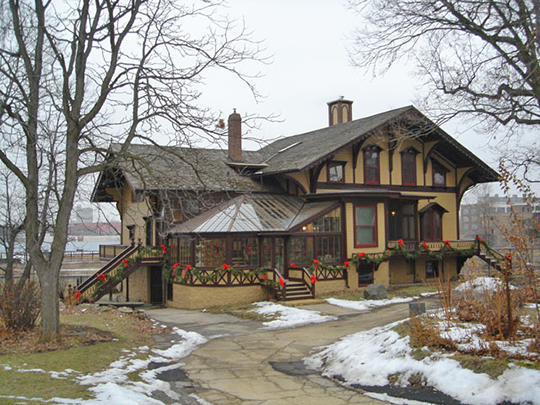 Winnebago County was established in 1836. The County was named after the Winnebago/Ho-Chunk Tribe of Native Americans that once occupied large parts of what is now Illinois, Wisconsin and Iowa, stretching from Green Bay, Wisconsin south through the Rock River Valley, along a tributary of the Mississippi River.

Transportation was the main catalyst for the growth of the county. In 1836, the state granted a charter to the Galena and Chicago Union Railroad for the construction of a line between the two cities. It was not until 1852 that it finally reached the Rock River. During this period large numbers of Irish and Swedish immigrants flooded into Chicago and found work on the railroad. Chicago was in the midst of a cholera epidemic, and immigrants were encouraged to leave the city by taking the railroad to the end of the line at Rockford. When the bridge across the Rock River was finished the following year, many immigrants and their families nonetheless remained in the area.

The railroad continued to encourage economic growth over the next several decades, including manufacturing and agriculture. By 1900 the area had over 80 furniture factories and Swedish immigrants had established 72 companies and owned numerous banks. By the 1920s development was well underway in the County, and increased further in the postwar boom of the late 1940s and early 1950s.