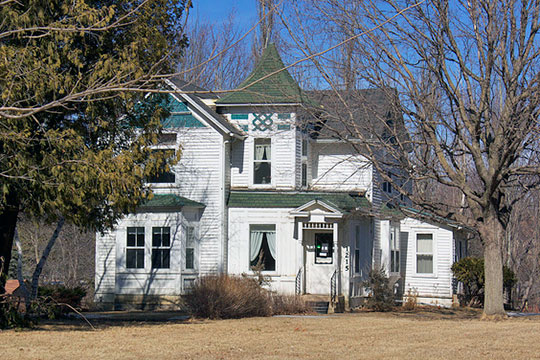 Cottonwood County was established by the Territorial Legislature on May 23, 1857. In 1858, Minnesota Territory became a State, and in 1858-1859, the County was surveyed by a Governmental Survey. The only sign of human habitation at that time was an occasional Native American teepee—prior to settlement this area was home to the Dakota tribe, and the Cheyenne before about 1750. The surveyors found one white man, Charles Zierke (a trapper known as "Dutch Charlie") residing in the Southwest Quarter of Section 14 of Highwater Township.

Originally the County included twenty townships, but by an act of the state legislature in 1864, two of the northeastern townships were made part of Brown County. The 1860 census listed Cottonwood County as having a total population of twelve—six men and six women. The first settlers coming into the county after the civil war settled in the northwest part of the county and were men and their families, men who had served in the Civil War, and others who came from foreign countries. The government did not have the means to pay the veterans bonuses, so they passed a homestead law for the benefit of the veterans. This law provided for the right of a veteran to take a homestead of 160 acres. They had to build a home of some sort and break up 10 acres of land; then they could leave it for a few months and come back and prove the claim by paying a small amount of money and get title to the land.

Cottonwood County was organized July 29, 1870, at the Village of Big Bend. Big Bend was located in the southeast quarter of Section 6, Township 105 North, Range 36 West, (in Great Bend Township, north of the Great Bend School). Big Bend was the first county seat and had the first post-office but ceased to exist when the railroad failed to come its way.

The 1870 census found only 534 people living in Cottonwood County; however, the area began to grow rapidly as people moved north and westward following the Civil War. The first railroad in the county—the St. Paul & Sioux City, later to become the Chicago, St. Paul, Minneapolis & Omaha Railway; Chicago & North Western; and today the Union Pacific—was constructed en-route to Sioux City, Iowa. In July of 1871, the first locomotive entered the villages of Mountain Lake and Windom. Three towns in Cottonwood County are on this rail line. Mountain Lake was platted and named in 1870. Windom was platted on June 20, 1871 (incorporated in 1875), and named in honor of U.S. Senator William Windom. Anticipating the growth and need for water, the first community well was dug in Windom in 1871. Also in 1871, the first schoolhouse was built and the county's first physician arrived. Windom was designated the county seat by a vote of the people within the county in 1872. Bingham Lake was platted in 1875 and named in honor of the surveyor's friend, and was incorporated in 1900.

The Currie branch of the Omaha railroad was built through Cottonwood County in 1900, and resulted in the development of Delft, Jeffers, Storden and Westbrook. The village of Delft was a direct result of the building of the railroad, and remains an unincorporated village. Land for the Village of Jeffers was platted in 1899, having been purchased from and named after a Mr. Jeffers who had homestead the land. The Village of Storden was incorporated in 1920. The Village of Westbrook was platted in June of 1900. This railroad line has since discontinued and the property is now farmland.