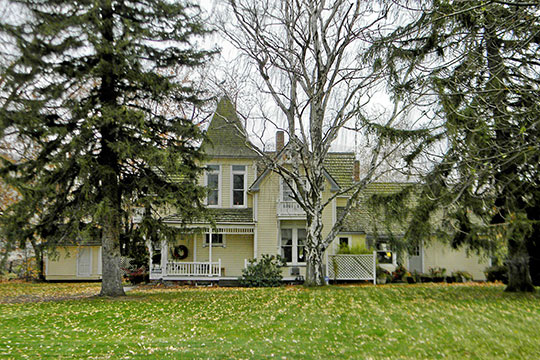 What would become the City of Prosser was first surveyed in 1879 by Colonel William Farrand Prosser who was serving as a special agent for the U.S. Department of Interior for Oregon and Washington. In 1882 he made a homestead claim and in 1885 filed a town plat. Development began around 1887 when Lewis Hinzerling built a flour mill. The Prosser Falls Land and Irrigation company built an irrigation canal in 1893. Prosser was incorporated in 1899. When Benton County was created in 1905, Prosser was designated the county seat. [Prosser, Washington, en.wikipedia.org, accessed August, 2016]