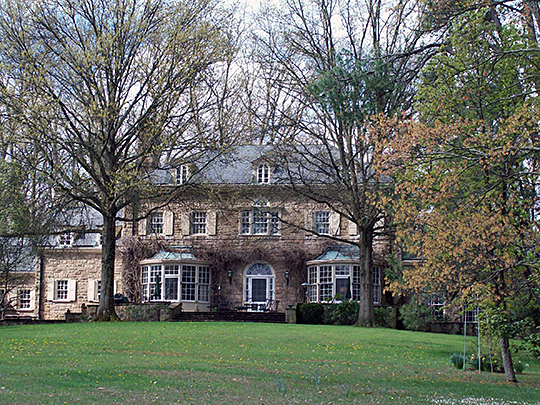 The first expedition into the valley was led by noted frontiersman Simon Kenton in 1771, to be followed in 1773-75 by Col. William Crawford, who surveyed land tracts for George Washington. The year 1773 saw the first permanent European settlers at or near Charleston, including the families of Thomas Bullitt, Walter Kelly, John Morris, James Campbell and others. Although these settlers temporarily abandoned the area in 1779, most had returned by 1783. In 1788 George Clendenin and his brothers became the first settlers in what is now Charleston. They moved into the valley and established Fort Clendenin, near where Brooks Street meets Kanawha Boulevard. It was renamed Fort Lee in 1792. George Clendenin was also instrumental in the formation of Kanawha County in 1788, while the first county court met in the home of his brother, William.

By 1800 there were approximately 65 people living in the twelve houses that made up the village of Charleston. The town, probably named "Charlestown" for George Clendenin's father Charles, who had died in the fort in 1790, had been chartered by the Virginia Assembly in 1794. The first two streets were Main (now Virginia) and Front (approximately the present Kanawha Boulevard) Streets. Cox's Landing, located on the river front, was the focal point for goods and people coming up or down the river, and was the terminus of Cox's Lane, running from Cox's Hill, that is present day Capitol Street.

In 1818 the town was renamed Charleston, to avoid confusion with Charles Town in Jefferson County. The salt industry, centered just south of Charleston at Malden, thrived throughout the first half of the 19th century and gave rise to numerous mercantile businesses in Charleston, as well as causing an influx of settlers to labor at the salt works. The salt industry continued to boom, reaching a peak of three and a quarter million barrels produced in 1846. This activity gave rise to a number of closely related economic ventures. A vast fleet of flatboats was necessary to transport salt down the Kanawha River, and this in turn required saw mills and barrel making. Traffic on the river rose accordingly. The first steamboat to successfully make it up the river from Point Pleasant to Charleston was the "Andrew Donnelly," which tied up at Cox's Landing in 1820. An earlier attempt, in 1819 by the "Robert Thompson" could not get over the great shoals at Red House. By 1842, 156 steamboats arrived at Cox's Landing during the year.

During the Antebellum years, Charleston rapidly became the urban center for most of the Kanawha Valley. It was this period that saw the rise of some of the city's most prominent families. The Ruffners, Dickinsons, Laidley, Summers, McFarlands, and others became the leading families in the city and county. Their fortunes tied to the salt industry and related economic activities, these families built stately homes to reflect their affluence. Among these, "Glenwood," Holly Grove, and the McFarland House are still extant. Also, by 1850 Charleston had began to be the focal point for the area's religious communities. Twenty-eight churches (all Protestant) were in existence in Charleston that year.