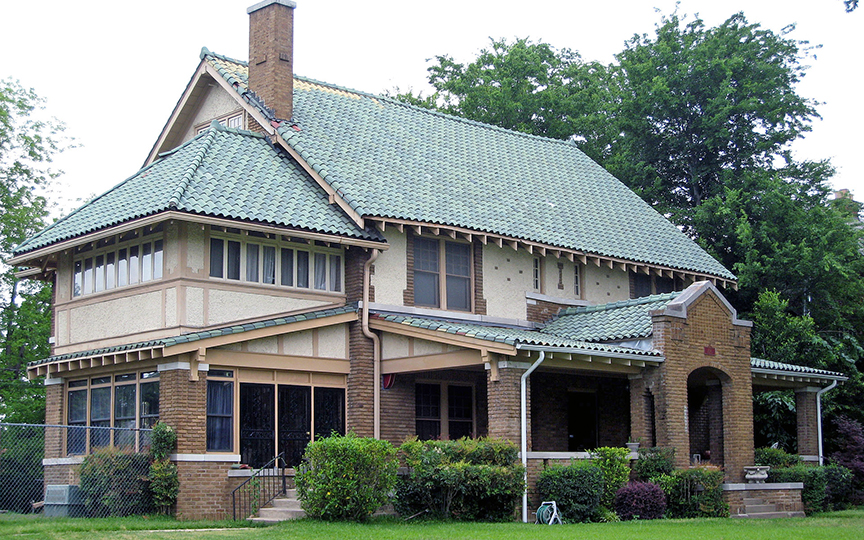 The city of Hope (seat of government for Hempstead County) is the birthplace of President William Jefferson Clinton.

Ambrose H. Sevier came to Arkansas in 1821. He married the daughter of Judge Benjamin Johnson and was thus connected with two of the most influential families of the Territory, the Conways and the Johnsons. Mr. Sevier had not been in Arkansas long before he showed the noble qualities of his ancestors. In politics he had a remarkably successful career. He represented Pulaski County in the territorial legislature from 1823 to 1827; and when his cousin, Henry W. Conway, was killed in a duel with Robert Crittenden in 1827, Mr. Sevier resigned as Speaker of the House and was elected to Congress in Mr. Conway's place. He represented Arkansas in Congress for twenty years in succession. For nearly half of that time he was her only representative, since Arkansas as a territory was entitled to but one.

Mr. Sevier was a faithful public servant and never missed an opportunity to serve his people. It was through his efforts that the Territory was allowed to elect her own officers, that the United States paid the expenses of the legislature, and that Congress made large land grants to the Territory for internal improvements and for building a state house. For good roads Arkansas has never had a great reputation, though her roads today are model highways compared with those of the Territory, which were so badly kept that travel was attended with great difficulty. By persistent and tactful efforts in Congress, Mr. Sevier secured land grants for opening up important roads. Probably no territory ever received more favors at the hands of Congress than Arkansas, and these Congressional favors were due to her able and wide-awake representative.

In 1831 Mr. Sevier began a movement for the admission of Arkansas into the Union, as a state; and he urged the matter upon Congress and the people of the Territory until his efforts were successful. He prepared Congress for favorable action by keeping before that body the growth of the Territory. In Arkansas, newspapers discussed the matter, public speakers presented it from the platform, and the people in mass meetings passed resolutions asking for the change. By 1835, the Territory was thoroughly aroused. That year the subject was submitted to the people; they voted for statehood and elected a convention which framed a constitution in January, 1836. Mr. Sevier laid this constitution before Congress, defeated all opposition, and in June succeeded in passing the bill making Arkansas a state.

The chief opposition to her admission came from those who objected to slavery. Her population at this time was 51,809, of whom 9,838 were negroes. These slaves, for the most part, had come in with the settlers from states east of the Mississippi. Slave labor was profitable in raising cotton, for the production of which the soil and the climate of the Territory were favorable. The opposition to Arkansas was overcome by admitting Michigan, a free state, at the same time. Arkansas showed her appreciation of Mr. Sevier's services by sending him to the United States Senate.

Nothing could better illustrate the isolation of a frontier state at this period, and the general condition of travel and postal service, than this letter home from Mr. Sevier's fellow senator and Arkansas' last territorial governor, William S. Fulton. He writes to his wife from Washington, D.C., in the winter of 1837, and tells her his great delight in receiving her letter that has just come by the express mail from New Orleans, having left that city only six days before. "You may well imagine," he goes on to say, "my surprise and astonishment, as gratification at receiving a letter by such a route in so short a time from home. I could well afford to pay the postage, seventy-five cents, for such a letter. I could scarcely realize the fact that I had received a letter written by you only twelve days ago, after having been annoyed all winter in not receiving my letters until they were forty or fifty days old. Ye have, however, succeeded in obtaining so many mail facilities, that hereafter I hope we will be relieved from this most vexatious state of things. Our letters will now pass, I hope, in from fifteen to twenty days."

Mr. Sevier continued to serve Arkansas as a senator until 1847, when he resigned to accept an appointment by President Polk as minister to Mexico. This was an important appointment because the United States at this time was closing a war with that country. Mr. Sevier, however, did not remain long in Mexico, but the following year resigned and returned to his plantation near Pine Bluff. He had not been home long when he fell ill. From this illness he never recovered. He died in 1848, at the noon-tide of life, rich in honors and in the love of the people of his adopted state. The governor, other state officials, and the legislature in a body attended his funeral. The legislature paid this beautiful tribute to his memory: "The name of Ambrose H. Sevier is intimately identified with the history of Arkansas, and is a part of the public treasure of the State; and ... as his generous, liberal, and noble nature endeared him to each one, and caused all to lament his death, so his eminent talents and distinguished public service will make his character a splendid mark for imitation to future generations."

Arkansas honored Mr. Sevier as she has honored no other man. Through the legislature she erected in Mount Holly Cemetery in Little Rock a fitting monument "as a memorial of her grateful sense of his public services." We have been negligent about showing our distinguished citizens proper respect. We should adorn the capitol building and grounds with tablets and monuments in keeping with the great and good deeds of our ablest sons.