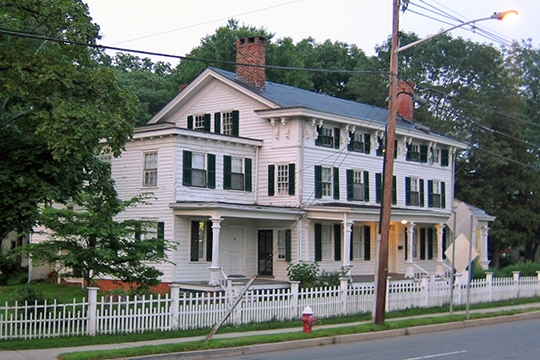 In 1661 the Dutch Government, in an effort to entice new settlers into the New Jersey wilderness, described the area in glowing terms. It is under the best clymate in the whole world; seed may be thrown into the ground, except six weekes, all the yere long; there are five sorts of grapes which are very good and grow here naturally, with diverse other fruits... the land very fertile...here groweth tobacco very good...furs of all sorts been had of the natives very reasonable; stores of saltpeter, marvelous plenty in all kinds of food, excellent venison, elkes very great and large; all kinds of land and sea foule that are naturally in Europe are here in great plenty with severall other sorte yet Europe doth not enjoy; the sea and rivers abounding with excellent fat and wholesome fish which are here in great plenty. The mountenous part of the country stored with severall sorts of minerals; great profit to bee derived from traffique with the natives (who are naturally a mild people...).

It appears that a number of Dutch homesteads were established on the north bank of the Raritan River. These homesteads eventually formed a settlement known as Hollander Dorp or Dutch Village directly across the river from the site of present-day New Brunswick. From their New Netherland Colony, which included all of modern Middlesex County, the Dutch carried on a lucrative fur trade, competing with the English in New England and the Swedes in New Sweden.

The Lenape had been able (and willing) to sell the same land to the European settlers two and perhaps three times, making the acquisition of northern Middlesex County one of the very few instances where Native Americans were able to get the better of European settlers in a land transaction.

On March 7, 1683, the Assembly of East Jersey established four counties, Middlesex, Bergen, Essex and Monmouth. Middlesex County's original boundaries ran from the Essex County line eastward as far as Cheesequake Harbour, then southwest to the boundary between the provinces of East and West Jersey, and then northwest to the provincial boundary of East Jersey. The County included Woodbridge and Piscataway, and all the plantations on both sides of the Raritan River that were within those boundaries. The original boundaries encompass an area somewhat larger than present-day Middlesex County, and included parts of modern Somerset and Mercer counties.