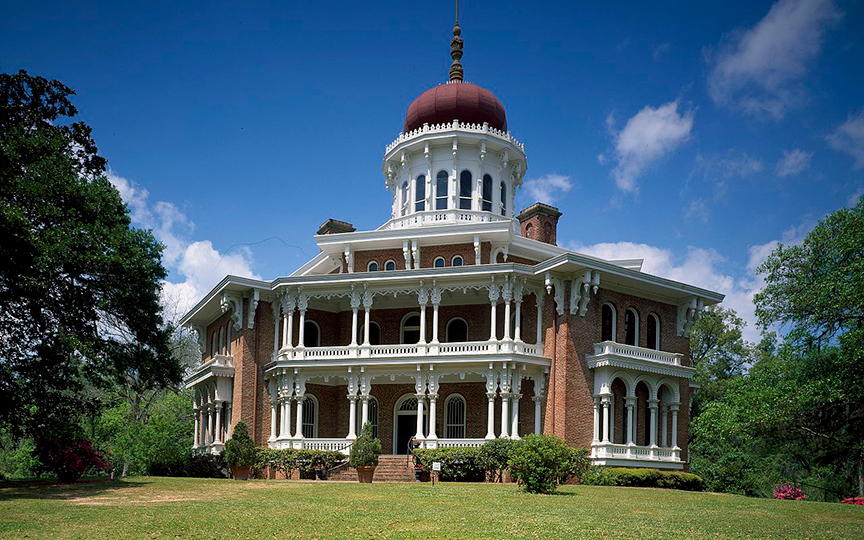 Mississippi was settled at Natchez, in 1716, by the French, and was formed out of part of the territory ceded to the United States by South Carolina in 1787, and Georgia in 1802. It was organized as a Territory by Act of Congress, April 7, 1789, and enlarged on the north March 27, 1804, and on the south May 14, 1812. After several unsuccessful attempts to enter the Union, Congress finally passed an act March 1, 1817, enabling the people of the western part of the Territory to form a State Constitution and Government, which being complied with August 15, it was admitted December 10 of the same year. The population in 1860 was approximately 790,000 inhabitants of whom more than 436,000 were slaves. It was the second cotton growing State of the Union. When formed, citizens who resided in the state for one year, and in their county for four months, and who had performed military duty or paid taxes, were entitled to vote. A Convention meeting January 7, 1861, passed an ordinance for secession from the Union by a vote of 84 to 15. [Population in 2008 was approximately 2,900,000. In 2009, Missouri produced about the same amount of cotton as Mississippi, and both states trail Georgia, Arkansas and Texas.]