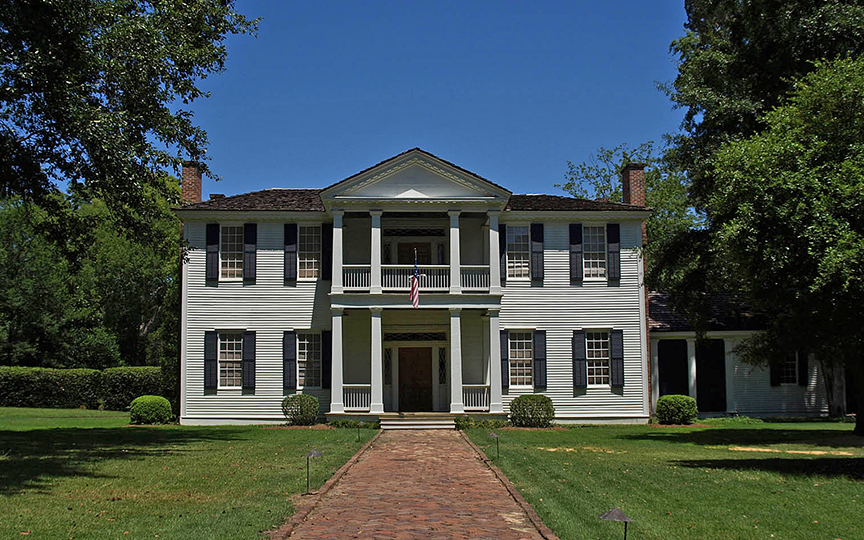 Photo: Edgewood, also known as the Thomas House, is a historic Federal-style house, the oldest surviving house in Montgomery, Alabama. The two-story frame building was built in 1821 by Zachariah T. Watkins. It was listed on the National Register of Historic Places 1973. Photographed by username: Spyder Monkey, 2009, (own work) [cc-by-3.0], via Wikimedia Commons, accessed September, 2012.

On the 1st of March 1817 Congress declared that the Mississippi territory should be divided by the line which now marks the western boundary of Alabama. A convention, also upon the authority of congress, assembled near Natchez, and adopted the Constitution, of the State of Mississippi, and on the 10th of December following, the acts of this convention were ratified by Congress and Mississippi became a State.

The territory, lying between Georgia and the new State of Mississippi, Congress erected into a territorial government giving it the name of Alabama; and upon its organization the seat of its government was temporarily located at St. Stephens. Emigrants from Virginia, the Carolinas, Tennessee, Kentucky and Georgia, now commenced pouring in and spreading over the territory. The dense forests fell before the march of civilization, and the hum of the spinning wheel, and cheery song of the plough boy, denoted prosperity.

In 1819 the population of Alabama had increased to such an extent, that Congress under an act, dated March 2nd of that year, authorized the people to form a State constitution. In accordance with the provisions of this act, a convention was assembled, a state government organized, and Alabama became a member of the Federal union.